Unconditional Love is Worth a $2 Bill

This past weekend, my family rented a handful of movies. Lately, we've actually been able to find several faith-based films to view together. The one we saw this weekend was no exception.

UNCONDITIONAL begins with a near suicide, a petty theft and a car accident involving a young child.

If the filmmakers' goal was to test my tear glands in under a minute, they succeeded. As if the first few scenes weren't emotion-fueled enough, the actors provided poignant, perfectly delivered performances that made me forget I wasn't witnessing real life events.

Mere moments before the closing credits began to scroll up the screen, I found out this story of hope and unconditional love was, in fact, based on real events in the life of Joe Bradford.

Uniquely presented in flashback style, UNCONDITIONAL tells the equally unique story of a gifted young man who suffered adversity in several forms before committing his life to God's call. Now that he's been redeemed, Joe Bradford -- or Papa Joe, as "his kids" call him -- brings hope and unconditional love to the children of the Commons, the most at-risk area of town. With a beautiful fictional storyline linking the real life events in a creative way that is sure to have you reaching for a tissue, UNCONDITIONAL is a must-see movie for anyone who could use a dose of encouragement.

Next time you're bogged down in the murkiness of life, remember what Papa Joe says in the film: "No matter how hard life gets, you're never alone."

This hope is echoed in 2 Corinthians 4:16-18: "Therefore we do not lose heart. Though outwardly we are wasting away, yet inwardly we are being renewed day by day. For our light and momentary troubles are achieving for us an eternal glory that far outweighs them all. So we fix our eyes not on what is seen, but on what is unseen. For what is seen is temporary, but what is unseen is eternal." (NIV)

Hope and love are meant to be shared. If that's the only thing you learn from UNCONDITIONAL, it was definitely worth making. Thanks to the film crew, actors and Papa Joe for sharing this incredible story. It has swiftly become one of my favorites, and I'm happy to recommend it to all of my readers here at Writing To Inspire.

If you enjoyed Fireproof, Courageous and October Baby, you'll certainly love UNCONDITIONAL. So invite some friends over, pop some corn and grab a box of tissues. Watch the movie UNCONDITIONAL today and see if you can discover how unconditional love is worth a $2 bill.

Be sure to view the behind-the-scenes featurettes to get an inside peek into the making of the film and the life of the man who lived the story, Papa Joe Bradford. Also, you might like to visit the movie's website: http://unconditionalthemovie.com. Or you may want to visit Papa Joe's website: http://elijahsheart.com/.

What do you think unconditional love is worth?
Posted by Andrea Cox at 9:49 AM No comments:

Suspense is a genre I wish more Christian authors would undertake to perfect. Though difficult to master, this category holds us captive from ﻿page one and only very reluctantly releases us at the end of the story . . . unless it sneaks under our skin and invades our dreams. It's one of those genres we love to hate. It sets our nerves pleasantly on edge and we jump at shadows for days or weeks afterwards. If written well, suspense novels allow us to feel as though we live, breathe and solve the mystery right along with the hero or heroine.

Beguiled by Deeanne Gist and J. Mark Bertrand is a thrilling example of a brilliantly written romantic suspense novel. It contains numerous twists and turns destined to keep you guessing until the very last page. The character depth and creativity add to the mystery, which grows with each fresh incident. This tale and its fascinating characters will swiftly capture your interest. It will not easily be forgotten once finished and reshelved.
Taking place in Charleston's wealthiest neighborhood, Beguiled is the suspenseful story about dogwalker Rylee Monroe who finds herself mixed up and targeted in a series of unusual thefts. Logan Woods, a reporter with hopes that the Robin Hood Burglar will be the key to getting his true-crime book published, must decide to chase the story, the girl or the villain, all while avoiding the one thing he's most afraid of: dogs. Will Rylee and Logan risk trusting each other in order to uncover the truth of the Robin Hood Burglar's identity?

Authors Deeanne Gist and J. Mark Bertrand apparently brought out the best in each other. Many a night I found it nearly impossible to put down Beguiled as I wanted to know all the secrets at once. As the story unfolded, my heart was more and more invested . . . and I was less and less eager to flick off my light at night. I look forward to reading more novels by Deeanne Gist and J. Mark Bertrand in the very near future.

For more information about the authors or to order a copy of Beguiled to add to the top of your to-be-read pile, please visit these websites:

You may get Deeanne's new eShort Story, Tempest in the White City, for only $0.99 at www.deeannegist.com/bookstore.php.

You may get J. Mark's e-book, Back on Murder, for free at http://jmarkbertrand.com/free/.

What do you consider a must-have for a suspense novel to keep you riveted?
Posted by Andrea Cox at 8:51 AM 4 comments: 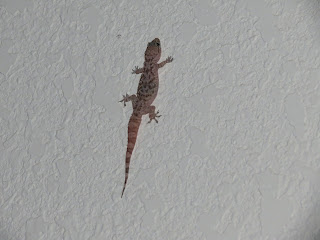 Have you ever wondered what a gecko feels like? Did you think they were bumpy? Scaly? Slimy?

I used to think so too. Until I touched one.

Yes, I petted a gecko.


Those of you who know me well are shocked, I'm sure. What is a girly-girl drama queen like me doing anywhere near a gecko? That same question passed through my mind as well.

The answer: I'm not quite sure.


These geckos, possibly known as House Geckos, inhabit the walls of my house. Usually they're scared of people and scamper away when you look at them too long. This one must have gotten brave as well as long. From its nose to the tip of its tail, it measured in at four and a half inches. He was a bit plump, so I figure he's been eating well. (I hate to think of what meals he might be finding behind the sheetrock in my house.) This little guy wore gorgeous brown speckles on his slightly bumpy, fleshy-pink skin. His tail sported stripes or rings.

Instead of being afraid of me, the gecko stayed put. He didn't move a single skinny toe. It was almost like he was daring me to touch him, seeing if I had the guts. At first I didn't. I just watched him sit there on my wall. Then I thought, what's the worst that could happen?

Well, he could jump on me.

As I reached up, rising on tiptoes, I told the little gecko not to jump on me, as if he could understand English along with his language of chirps. Expecting him to move when my flesh touched his, I was surprised when I touched his tail and he remained motionless. In fact, he didn't even blink! (I didn't find out until later that most geckos cannot blink.) So I petted his tail a couple more times.


Then I decided to just go for it. I pulled a chair over and climbed atop it. At this better vantage point I didn't have to stretch to reach him. With the tip of my finger I gently stroked the gecko's bump-covered back.

The gecko's skin wasn't slimy. It wasn't scaly. On the contrary, it was silky smooth. It felt like soft leather or creamy butter. Surprised by the difference between my preconception and reality, I rubbed his back twice more before he skittered down the wall to hide behind the curtain in the window.

Touching this gecko and finding smooth, silky skin reminded me that things don't always follow our first judgments of them. Sometimes instead of being half empty, we discover the glass is truly half full. I wish I could say this little encounter has made me more adventurous when it comes to critters (and maybe it has), but I think it has definitely made me see things in a different light. Next time perhaps I won't be so quick to judge by outward appearances. Maybe I'll adjust my preconceived notions.


Do you think I'd now have the courage to pet an alligator?
Posted by Andrea Cox at 8:59 AM No comments:

Clouds signify many different things to different people. Some folks may consider them a nuisance to a day of catching some sunshine on a sandy beach. Others may view them as beautiful mountains of hope. Still others might look up at an overcast sky and see a comforting blanket that reminds them of marshmallows bobbing up and down in their mom's homemade hot cocoa.

In Clouds, flight attendant Shelly Graham thinks "no human could mar their perfection." (page 50) They offer her a subtle reminder of God's perfect love as her life crumbles into an enormous pile of tattered dreams. Her dream job is threatened by airline cutbacks. Her little sister gets to live in Shelly's dream cabin. When she bumps into her childhood best friend and true love, reality splashes ice cold water on her dream future: Jonathan's engaged to be married! Just as the clouds in the sky adapt to God's weather plans, can Shelly adapt to the crushing news pouring all around her? Will a journey into her family's history spark an inner expedition to a Love stronger and steadier than the one she lost? 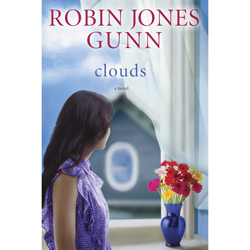 Clouds by Robin Jones Gunn (www.RobinGunn.com) offers an innocence that is so often lost in today's modern world. Even though this fifth installment in The Glenbrooke Series is a contemporary tale, it still manages to take us back to a slower paced, more meaningful time when families were close-knit and pleasantly, if somewhat irritatingly, meddlesome and everyone hopes for a happily-ever-after. This is by far the sweetest, most heartfelt story I've read all year, and I look forward to reading more of The Glenbrooke Series by Robin Jones Gunn. This novel provides a fresh perspective on God's way of working things out according to His divine plan.

Robin beautifully combined location and history and character to weave a truly touching masterpiece. I was quickly endeared to Shelly and her treasure box of long-forgotten memories. My emotions were on the line nearly as much as Shelly's as I experienced the highs and lows of adventure and lost love right along with her.

Here are two quotes from Clouds that struck my heart as particularly meaningful:


"Sometimes to find the key that will unlock the future, we have to see what keys we buried in the past." (page 37) 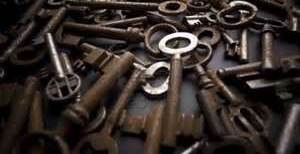 "What has been is in the past. What is forms the present. What will be remains to be seen." (page 134) 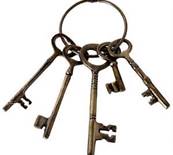 Thank you to WaterBrook Multnomah for giving me a free copy of this novel for this review.