Hey, friends. I have some exciting news to share today. My friend Erika Mathews has a brand-new cover for her Kingdom Adventure novel Victory's Voice, book two in the Truth from Taerna series, and I'm happy to take part in revealing the gorgeous cover for Cover Reveal Week.

The vibrant jewel tones of the covers in this series are especially beautiful and eye-catching. Since I'm one of Erika's brainstorm and writing buddies, I've seen some sneak peeks of most of the covers of the books in this series as well as some story snippets and plot ideas as they took shape. I must say, we're all in for some amazing covers and adventurous, deep stories. I can hardly wait to collect and read them all! They will look stunning on any reader's bookshelves, so if you've got book lovers in your life (or are one yourself), please keep this series in mind as you're shopping in the coming weeks, months, and years.

Victory's Voice releases to the world of books in March 2021, but it is already up for pre-order right now. Scroll down for links to pre-order an autographed paperback or the ebook -- or both! 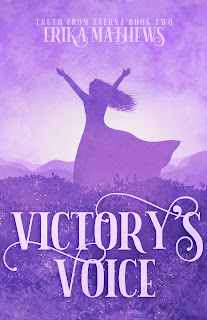 FTC Disclosure: I received a complimentary copy of this book from I Read with Audra. These are my honest thoughts. 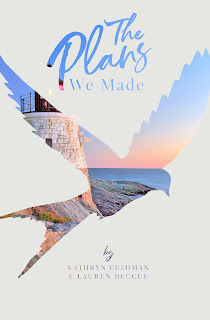 This book was amazing. I loved the characters, the journey, the plot, the twists, the problems, and the resolution. Caroline’s adventure in Rhode Island was fun, and I enjoyed the banter between Chris and her as they were working rivals. Linda’s journey of regret and hope made me cry and wish for a good outcome even when it was tough to see through the hard moments. The reconstruction and preservation of a beautiful building was a wonderful backdrop for the drama of this enjoyable story.

The imagery was especially beautiful, as evidenced by this line: “She sat back in her chair and crossed her arms over her fractured hope.” There were many exquisite lines like this one that took my breath away.

It was very refreshing to see an engaged couple NOT living together prior to marriage, particularly in a world that appears to adore compromised morals. I want more stories like this one that holds tight to strong, biblical morals and presents a great example to its readers.

The themes in this book were great. I liked the fear of bad impressions, because that’s something very relatable. Regrets and consequences are tough to live with, and this story showed that well and also highlighted how they may be overcome. There were relationship issues, and it was nice to see they were worked out with dialogue and humble attitudes and true remorse. Honesty, faith, and courage seemed to work together well to create a rich atmosphere for the heartbreaking story within.

Emotion and tension were high throughout for me. I laughed and cried, and there were several scenes that had me holding my breath and flipping pages fast to find out what would happen next.

Friends, do you ever struggle to find inspiration?
Whether or not you're a writer, it's important that we feel inspired at times. It might be that you find the perfect recipe to try, and that inspires you to whip up a yummy meal for your family. Maybe you see some wildflowers on a walk and pick a few to put in a vase near where you do your crafting, and that bunch of flowers inspires you to work an extra half hour on whichever craft is in the works.
For me, nearly anything can be inspirational depending on the moment.
Lately, I've been binge watching a couple of seasons of the TV show House, about a team of doctors who specialize in diagnostics. While there are some aspects of the show I don't particularly like, there are many that I enjoy. I like the quirky, damaged, manipulative Dr. Gregory House, because he cherishes figuring out the puzzles that are his patients and his coworkers. I like the cases the team tries to solve, because they're often more complex than they first appear, and there's usually some big twist I never saw coming. I like the fact that story is a huge part of every episode and that there are usually two or three threads that get woven together each time. 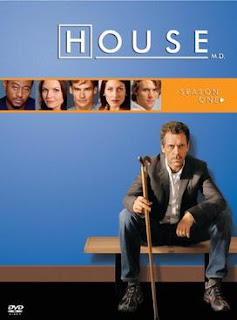 While I've been enjoying the show, I've also been analyzing it from a storyteller's perspective. What works? What doesn't? Which twists did I see coming? Which blindsided me? How were props used? How was House's sarcastic sense of humor used well, and when did it come off as completely rude, and how did the writers and actor find the right balance between the two?
These, and many more, are all things a writer watches for in shows, movies, books, and real life as they're contemplating the stories in their own minds that they're trying to put down on paper (or in a computer document).
These, and many more, are the things that have inspired me the past couple of weeks.
Read more »
Posted by Andrea Cox at 11:43 AM 2 comments: