Last to Call - a short story 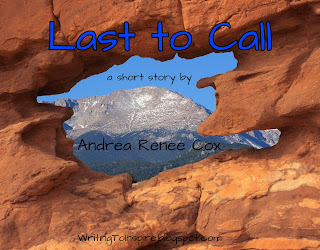 This is the first of the short stories inspired by YOU, my dedicated readers. I appreciate all of you so much, and the contest I held a while back was only the beginning of showing you how deeply I appreciate your following my blog. This short story is a little longer than I intended, but once I began discovering the characters and situation, I simply couldn't stop until they'd had at least a piece of their say. In fact, I'm thinking of expanding this one into a full-length novel at some point. After you read it, please tell me: What would you think about this one becoming a full-blown novel?

An owl screeched as Tristan tromped through the dusk-shadowed Garden of the Gods park. It was his favorite place to think after a long day’s work at the shop. Being a mechanic was tough, but he wouldn’t trade it for anything.
He checked his phone. No texts or voice mails. Why was it that the one person you wanted to ring you was always the last to call?

Thank You to my Heavenly Father, Who constantly amazes me with the incredible stories He plants in my mind. I’m so grateful to share His creativity with my readers.

Thank you to Angela R. Watts, who participated in a contest on my blog, Writing to Inspire. Her answers to my prompts inspired this story (and each one made it in there!). I am also blessed to call this young woman a writing buddy. Ang, you’re awesome.

What do you think becomes of Tristan, the woman, and her baby?
What roadblocks do you imagine they'll run across in their journey?

I'm open to ideas as I brainstorm this baby.

Join the conversation!
I love hearing from you.

This month's reading challenge shines a light on the classics. 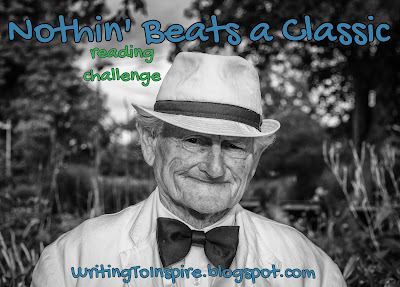 OH MY GOSH!!!! You totally rocked this! This was SO CUTE. And sweet. I loved it! I'm definitely curious about Tristan and his new girls. =) *heart eyes*
And I'm glad to call you a writing friend, too, Andrea! Thank you so much. ♥

Thank you, Ang. I was thrilled how it turned out, and yes, it grabbed me so much I think I'll have to go full-out novel on it. Thank YOU for inspiring it. You got my imagination cranked up!

Beautiful story, Andrea and set in one of my favorite places in the world, Garden of the Gods. I think you need to tell us more and make this a full length novel. I'd love to learn more details about all of it, including a courtship and eventual happily ever after! Great short story!

Aw, thank you, Debbie! Your encouragement is fantastic. I'm hoping to dive deeper into the details to discover it myself... and then share!