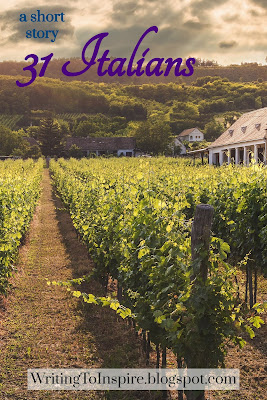 Here is another short story inspired by YOU (see this article for details). This one is not a complete story as it will most likely become a full-blown novel -- if not a complete series -- because it's cranked up the wheels of my imagination. So, please understand going into it that it shall end abruptly, as this is a snippet from chapter one.

This story, once completed, will touch on some tough topics, such as alcoholism and grief, yet it will also bring along some humor and lightheartedness that are so necessary to balance out the heaviness of those deeper issues.

I'm excited about this story, but I won't have time to flesh it out completely yet, because I've got other writing plans in the coming weeks and months.

Copyright 2018 by Andrea Renee Cox. What follows may not be copied, published, or used without prior written consent.


I hope you’re hearing this from me first.
If any of my siblings broke the news… Let’s say this: They have little tact. That doesn’t quite sum up the whole of it. They blow things out of proportion.
Way out of proportion.
There was… an incident... a series of incidents, you see. Rather small ones.
It all started with a butterfly…

To God Almighty, thank You for inspiring a story that will impact so many aching folks out there. They need hope, and it is my goal through the talents You've given me that this story will shine some their way.

To CutePolarBear, thank you for inspiring this story. I was immediately intrigued by the title and knew it would be bigger than a short story by the time I was finished with it. Readers like you inspire me, and I'm grateful for your participation in the contest I held on my blog.

How has alcoholism touched your family?

What type of grief have you gone through?

What helped during those moments?

How do you find joy in the dark times?

September's reading takes us Back to School. 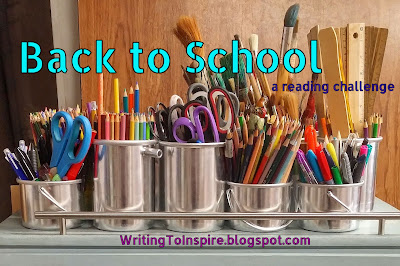 Another great snippet pulling me in... wanting to read more! Great job!

Thanks, Mom! I'm sneaking in some time to work on it today, because it's pulled me in too. :)

Wow ...! I didn't mean for my random ideas to inspire a whole series. I'm actually a little embarrassed now. :D But I love what you've written so far!

Please don't be embarrassed! I'm really excited about this story and that you've inspired it. I love it when my readers and encouragers inspire something much bigger than they (or I) could have imagined. That's often the way God works in my life. I am reminded of Ephesians 3:20-21, which states, "Now to Him who is able to do exceedingly abundantly above all that we ask or think, according to the power that works in us, to Him be glory in the church by Christ Jesus to all generations, forever and ever. Amen." He had a much bigger plan for this "short story" than either of us could have thought when you answered the contest questions. :)

Oh, I completely agree! I'm honored to be part of God's plan, and I know from experience that He does things in the most surprising ways. :D I just didn't think this would amount to anything, and here it is ... I can only laugh.

I'm right there with you, Cutie. God surprises me and makes me laugh in times like this one. :)