I'm busy this month on an editing job, but I took out a bit of time to express my creativity. The result of that is this second short story inspired by YOU. (See this article for further details.) Let me know in the comments what you think about this one. 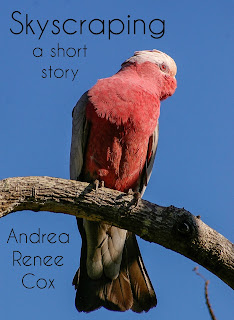 A large cage with a squawking bird in it was shoved into Adrienne Stanton’s arms, causing her to fumble the huge stack of stuffed file folders she’d been carrying. “What am I supposed to do with this?”

Jacqueline Bronson swept her long, straightened brown hair off her shoulder with a manicured hand. Her perfectly-tweezed eyebrows arched in a menacing way. “I don’t care. My ex gave it to me—as if that was a good two-month anniversary gift—but we broke up last night, and I don’t want it anymore. Get rid of it.” She spun on her super-high heel and stalked back to her desk. The gray material of her power suit didn’t dare wrinkle when she perched on her high-end arm chair. No cheap rolling chairs for Ms. Bronson!

She glanced up with narrowed eyes. “What are you waiting for?” She gave her fingers a flick. “Shoo. Go!”


Adrienne rushed out to her desk just outside of Ms. Bronson’s office and settled the cockatoo’s cage beside her purse on the floor, then hurried back to fetch the scrambled folders. After quietly closing the door, she took the files to her desk to reorganize.

Hours later, back at her apartment in a high-rise building in downtown Dallas, Adrienne put an open plastic container half-filled with nuts, seeds, and tiny chunks of fruit into the cage and closed the barred door, making sure to secure it well. The beautiful dark-pink and gray bird squawked and cooed but then happily munched on the treats.

“What am I going to do with you?” Adrienne watched the bird for a few minutes, then checked her watch. “Oh, shoot!” She dashed into her room, clicked on some Christmas music—the closest to a winter break from work she’d manage to get this month—and swiftly changed into her little red dress and black stilettos. Frederick was going to be here any minute. How could Ms. Bronson have held her so late when she knew Adrienne had plans?

Before she could even grab a breath or the right clutch purse, the doorbell rang and Frederick was calling her name. Adrienne came out from her room with a smile. “Hey. Sorry; I’m running late.”

“Boss troubles again?” Frederick crossed the room to kiss her, then moseyed over to the cage set conspicuously atop the kitchen table near the balcony doors. The final rays of sun that glinted off various skyscrapers made their way to shine on the cockatoo’s feathers. Frederick pointed at the bird that raised up its light-pink crest, while he looked back at Adrienne. “When did you get this pretty lady?”

“It’s a girl?” Adrienne grabbed a clutch from the pile of purses on the chair by the television, then transferred a couple of things from her large take-to-work purse.

“A friend of mine from Australia told me about this particular cockatoo. The galah, I believe. The ladies have red eyes, while the males have nearly-black eyes.”

Adrienne came over and slipped an arm around his lower back. “And your friend just happened to share this info…?”

“Lleyton, yeah. Lots of random facts with him. He’s a researcher and professor in Queensland, and his dissertation was about the galah cockatoo.”

They headed out. Once they got into Frederick’s car and were halfway to the medical gala fundraiser for Frederick’s medical research, Adrienne shifted in her seat to face him. Shadows and light played across his features, making it more difficult to read his reactions. “Do you think he’d be able to take this bird?”

Frederick glanced at her, back at the road, then again at her. “In Australia? How do you plan on getting it there?”

“I don’t know! Ms. Bronson told me to get rid of it, whatever that means, and I don’t have time for it, because she works me too hard.” She shifted again, this time to look out the door’s window, and crossed her arms. “Being a personal assistant isn’t what it’s cracked up to be.”

Frederick pulled a few chunks of her hair back to get her attention or to see her face. She turned to look at him. “How many times have I told you I’d get you a job at the children’s hospital?”

“I can’t work for you, Frederick. It’d be a conflict of interest, since we’re dating and everything.”

He gave her a patient and sly smile, as if he were hiding something. “I’ve got colleagues who need great PAs, you know. You wouldn’t have to work directly with me, but these colleagues of mine have more than half an ounce of compassion, which I’m guessing is an optimistic assessment of Jacqueline Bronson’s personality.”

Frederick showed his work I.D. card to the parking attendant, and Adrienne and Frederick got out of the car so it could be valet-parked, which was unique to these fundraising events. They walked hand-in-hand toward the tall building the gala was being hosted in this year. Before they reached the doors, Adrienne slowed to a stop.

“If I take you up on this job thing, you have to promise me to somehow get this bird to your friend in Australia.”

“You know I can’t stand to see animals hurt, and if we can return one to its natural habitat… shouldn’t we try?”

He smiled, placed both of his hands on her cheeks, and leaned toward her for a kiss that was sweet and gentle. When he pulled back, he kept his eyes fastened on hers. “I was going to surprise you in there, after they asked me to speak, but I think now works as good—better. This is much better.”

“What are you talking about?”

He took one of her hands and lowered to one knee. His other hand came up from his suit pants pocket.

She gasped at the light-pink wooden box that looked special-made.

“What would you think about honeymooning in Australia?”

Her hand flew up to cover her mouth, and tears pooled in her eyes, blurring her vision of her boyfriend—fiancé. She was getting engaged! And they’d be rescuing—releasing, really—a beautiful galah cockatoo for their honeymoon, which would suit her animal-loving heart just fine.

She nodded as a couple heading into the gala paused to whisper about them and snap a couple of pictures. “Yes. Yes, Frederick, I would love to honeymoon in Australia… and spend the rest of my life with you.”

After he slipped the simple ring with a delicate rose quartz stone onto her finger, he rose as she slipped her arms around his neck. They shared a kiss that got a round of applause—or was that because she’d said yes?—before heading into the medical gala.

They paused for a photograph—their engagement picture that they’d send out to their friends and family—in front of a gigantic painting of the Dallas cityscape done by a local artist.

“What’s this painting called?” Adrienne peeked at it while wrapping an arm around her fiance’s back and lightly gripping the shoulder of his she leaned against, which showed off her ring to the camera—funny, she hadn’t planned that action, but it would look brilliant in the picture.

“‘Skyscraping,’ I believe.” Frederick smiled at her, and she returned it.

She vaguely heard the photographer say, “Perfect!” But she was listening to Frederick’s heart. It pretty much matched her own. Soon, the beautiful bird in her apartment would be soaring high above the landscape in Australia, and Frederick and she would be starting a life together that would most likely include animal rescues from time to time—but would exclude impetuous bosses. If it was possible, her smile grew even wider. Romance was definitely not overrated.

Thank You, Jesus, for romance. Not just the sort between a man and woman, but also the sort that calls us to You, our Savior. Thank You for showing me that old-fashioned virtues are still romantic today… and that I’m not the only one who thinks that.

Thank you, Gabby, for inspiring this story. You are brave, and your protective heart definitely made it into both Adrienne and Frederick.

Have you ever saved a wild animal before?

What virtues from the past do you think are crucial to retain in today's society?

Join the conversation.
I love chatting with you.

July's reading challenge is a blast to the past. 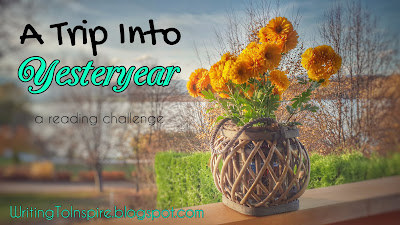