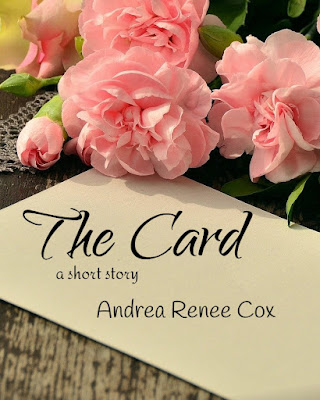 Scalding tea wasn’t fun to wear on one’s shirt, but it was better than frying another keyboard. Marla grabbed her “It’s definitely a Monday!” mug from her lap and settled it back atop the round coaster not too far from her shiny, new keyboard on her cubicle’s desk. With her other hand, she pulled the cotton material away from her stomach, which immediately felt the relief of cool, fresh air that whooshed at her from the fan she had blowing from a corner of the desk.
Earlier, she’d been freezing and had to pull on two sweaters. Why did her hormones have to choose today to go wacky? It wasn’t like she had a meeting in—she checked her wristwatch—Goodness!—only eight minutes or anything.
She grabbed one of her sweaters and blotted at the spot on her shirt and the few clusters of damp dots on her calf-length skirt. With that task done as best she could in a pinch, she tossed the sweater under her desk to reclaim later and focused on sending the right document to the communal printer across the large room. She pulled on her other sweater—thankfully, she’d not used the one with buttons to mop up her mess—and it did a decent job of hiding the majority of the stain that might or might not come out in the wash. After sticking her swollen feet back into her two-inch pumps, she spun her chair halfway around and rose.
Two steps forward and her ankle gave out, rolling to the right. She caught her balance with flailing arms, but the pain radiating through her leg with each new step indicated she’d be grabbing ice on her way back to her desk after the meeting.
This meeting was crucial, life or death for her year's to-do list really. Yet, she was having a horrible day from top to bottom. Honestly, what else could go—


“No!” She scurried forward to the printer that was smoking badly.
And what paper was in the tray was bright blue.
She grabbed the smaller-than-expected stack and leafed through them. It was her material all right. Only, it was all wrong. She couldn’t present her report on neon-blue paper! Not to mention the fact that she didn’t have enough pages to go around the table because the stupid printer—she gave it a kick, which only served to send more pain up her already injured leg—freaked out and decided to fry its own brain.
“No worries, Miss.”
She whirled around.
Mark, the maintenance man on staff, sauntered up and knelt by the machine, setting his large, black bag of tools on the low-pile carpet near his knees. “I’ll have ’er back up and running before you know it.”
A quick check of her watch showed she had seconds to spare. “If it’s not this instant, it won’t matter.” She dumped the pages into the trash bin nearby and straightened her sweater, taking in and releasing a very large breath.
“You all right there?”
“Sure, sure.” She walked away from the printer and maintenance man and toward the conference room and her doom. “I’m only about to be fired on the most romantic day of the year.”

Two Hours Later
Outside, under the canopy of a grand oak, Marla slumped onto a park bench and dropped her purse like a cement block to the ground between her feet. She rested her forearms on her knees and plopped her face into her hands, letting out a huge groan that made a couple of pigeons flap furiously to get away from her bubble of space.
“Mind if I join you?”
She didn’t look up at the voice she recognized. “Sure, sure.”
Weight settled next to her on the bench, but silence followed.
Why wasn’t Mark saying anything?
No matter. She just needed a moment to gather her thoughts. Thankfully, she hadn’t been fired. Yet, she hadn’t received the promotion she’d counted on either. How would she ever afford the new washing machine she desperately needed now? She got tired of lugging her laundry all the way down to the apartment building’s facilities when she had the hookups right off her foyer. Another big breath pushed past her lips before she could stop it.
“You know what I always say when life’s weighing me down?”
Of course she did. He’d told her time and again. But she didn’t speak the words aloud. She only said them in her head as he gave voice to them.
“If this moment looks bleak, find another one.”
Marla nodded while still keeping her face pressed firmly against her palms. Sometimes moments were too bleak to move. Sometimes there was no brighter moment to find. Sometimes a person just needed to wallow in agony at the horribleness that was turning out to be their day’s story.
Mark patted her shoulder and stood. “Hang in there, Miss. Things’ll look up before you know it.” With that, he left her to her pity party.
When she finally raised herself up from the atrocious posture that was giving her lower back fits, something on the bench seat caught her eye. A card and a small bundle of flowers rested where Mark had been sitting. She lifted the envelope and pulled out the card.
It was a Valentine’s Day card with a thoughtful little ditty written on the outside. There was more sweetness on the inside, yet what tripped up her heart was the handwritten note beneath the “Happy Valentine’s Day!” line.
She read it aloud to the pigeons that had returned to peck at the path as if she’d tossed a bundle of crumbs out there for them. “I know this day’s been rough, but there are little moments in it that will make you smile if you look at them hard enough. Meeting you under our tree was a smiley moment for me. Love you lots. Mark.”
For several minutes, Marla reread and reread the note her favorite maintenance man had written for her before he’d reached her here at the bench, probably before he’d even stepped outside. He always knew exactly what she needed to hear. It was in his very nature to encourage and uplift her when her spirits sank too low for comfort. She glanced over her shoulder as she pressed the card to her bosom, but of course he wasn’t anywhere to be seen.
No matter. She’d see him again tonight, when they were out on their date. She didn’t know where he was planning on taking her for dinner, but she figured there’d be many moments of happiness in the evening if only she’d look hard to see them. Maybe it wouldn’t be too difficult, either, considering the work day would be over by then. Besides, she’d be on a Valentine’s Day date with her favorite person in the world.
She grabbed her purse, stuffed the envelope inside it, but reverently carried the card and bouquet across the street and back into the office building. In the elevator, she twisted the ring on her left hand, and she couldn’t stop the smile that erased the worries and klutzy moments of the morning. Her husband, who always respectfully called her “Miss” while they were at work, was completely right.
If this moment looks bleak, find another one.
As she settled back at her desk to put in a few more hours’ work, she determined to see the silver linings to this day, and the first one she recalled was when her maintenance-man husband tried to cheer her up right before her big meeting. Suddenly, this day didn’t seem as bleak as it had before her non-lunch lunch break. Rather, it looked like the sun had finally started to shine on her once again.
On a Post-It, she jotted tape ankle, because if she knew Mark, he’d want to take a long stroll after dinner. And why not? It had always been their favorite way to wrap up date nights. She certainly wasn’t going to let a mild sprain take away that moment of happiness from their romantic evening. She fingered a petal on the bouquet that now rested next to her turned-off fan, and her smile inched higher and wider. Maybe she’d give up a few candy bars and make her teabags do twice the duty so she could scrimp and save enough money for the washer. Surely between Mark’s pay and hers, they’d be able to purchase a new machine by his summer birthday.
Unless…
He wouldn’t have…
They didn’t typically get each other much for this particular holiday. A box of candy, flowers, a new tie… but not an appliance.

Evening
Yet, there it stood in all its navy-colored glory. A brand-new washing machine next to its mate: a brand-new dryer.
Marla spun on her bare toes—she’d long since abandoned her shoes for their stroll—rising up as high as she could despite the pain in her taped ankle. Her dress’s black skirt swished out in a ruffled arc before it swept against her legs again. She wrapped her arms around Mark’s neck and kissed him soundly. “Thank you. I don’t know how you did this, but thank you.”
“You’re not the only one who can scrimp and save, you know.” He winked at her.
Then she remembered all the times he’d asked for only water at restaurants and ordered cheaper items than usual from the menus. The times they’d gone to movies and he’d said he wasn’t feeling up to eating popcorn because of a big lunch or breakfast. Her memories of this nature went back for months of time, and tears pricked her eyes at the realization that he’d not only heard her moans and complaints about the long trek to the complex’s facilities but that he’d done something about them. That he’d given up his favorite steak dinners and soft drinks and movie snacks… to surprise her with the best gift ever. And he’d even replaced the dryer that hadn’t yet gone bad but was just as old as the washer that had conked out with a rattle and clunk and was beyond even his range of maintenance talents.
How had she not realized he’d been up to something so mischievous?
“Are those happy tears?”
A gurgled laugh popped out as the dampness on her cheeks registered in her brain. “Yes. Definitely yes. You’re the best guy a gal could have. Do you know that?”
“Remind me.”
She hugged him tight as a bear and made a plan in her mind to stick to her give-up-these-things list in order to surprise him with something for his birthday. She’d have to root around in his tool bag to see if anything needed to be replaced or updated—if she could even tell—but she’d think of something. Because one act of sacrifice and kindness deserved another.
Posted by Andrea Cox at 1:06 PM

Andrea,
Another great, inspirational story! Thanks for sharing your talent!

Thanks so much, Mom. This one was an idea that flashed through my mind one day back in January, and I'm pleased with how it turned out. I'm glad you enjoyed it!