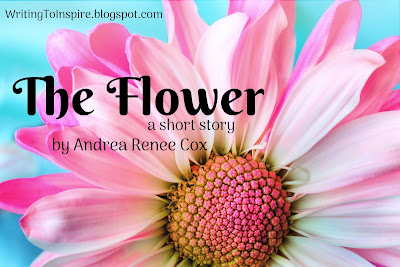 Would the young boy never decide? Mortimer checked his wristwatch one more time and looked to the door. He should flip the sign to Closed and lock the child in until he made his choice, but it would be unprofessional and inappropriate. Still, he needed to close down the shop for the day. His Margaretta would have dinner on the table by now. He could almost taste the rich aroma of his favorite homemade tomato and mascarpone sauce wafting down the back staircase.


Coins clinked together as the towheaded boy in the ratty shirt and hole-spattered jeans counted the money in his palm again. He eyed the medium-sized bouquet of red roses displayed atop the glass counter in front of him. Valentine’s Day was only around the corner, but surely this scrap of a boy couldn’t afford such a bundle of deep-ruby petals.
“What’ll it be?” Mortimer didn’t mean to sound so gruff about it. The day had worn him out. Four orders had been cancelled, due to breakups mere days before the most romantic holiday of the year. Poor chums. Hadn’t found a true pearl like his Margaretta. He decided to soften his tone a bit and try to encourage the lad to make a quick decision. “Have you considered the daisies? There’s a full rainbow of colors to choose from, just in the bins behind you there.”
The boy turned his torso to look for a long moment at the various shades of daisies not far beyond where he stood rooted to the linoleum tiles that had seen better days. When he turned back around, his shoulders curled forward, and his chin nearly disappeared into his t-shirt. “Didn’t sell my bike to Tommy for no stupid daisies.” He swiped a wrist beneath his nose as he sniffed.
Mortimer couldn’t miss the glimmer in the kid’s eyes.

What are your thoughts on second chances?
Is it ever too late to give or receive a second chance?
Why or why not?
Posted by Andrea Cox at 4:00 AM