Take a Walk with Me - a short story

Fair warning:
This one's a tear-jerker. Grab some tissues before reading any further! 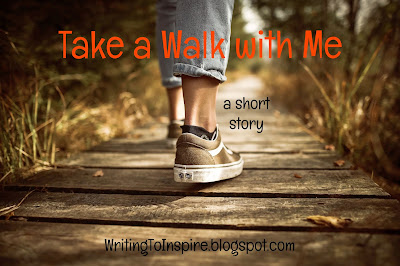 
Every day for the past thirty-eight years, Malachi had said the same thing to her at this time of day. Right at sunset with dusk on the other side of the horizon waiting to greet them as they traveled down the old wooden pathway he’d laid in place when they’d built the place up into a special oasis in which to grow their love for each other and the kids they’d eventually had.
Now it was Michelle’s turn to ask him to take a walk with her. Only, she’d be pushing his wheelchair rather than holding his hand as they maneuvered their way through the woods to the vale at the end of the path. It was their special place, and she was attempting to see that even the paralyzing grip of his recent stroke wouldn’t take that away from them.
For all she knew, this might be the last time he’d see the place where they’d spent so much of their married life.

Father God, sometimes death steals over people so suddenly we can hardly wrap our minds around it, let alone understand why. I don’t know whether or not Luke Perry (and so many others who’ve died so suddenly) was a believer in Your Son, but I hope he was.

Mr. Perry's death from a couple of massive strokes earlier this year (2019) got me thinking again at how brief this life on earth is and how crucial our decision for eternity is. Eternity is a very long time, and I want as many people as possible to choose to spend it with You. May You shine Your light through my words and actions despite my humanness. May You save as many souls as are willing to greet You in the time we all have left.

This short story is a small part of my thank-You for the beautiful life and family You’ve so generously granted me. Even more especially, it’s in gratitude for saving my soul when I was seven and securing my place with You in eternity. I love You too, dear Father! 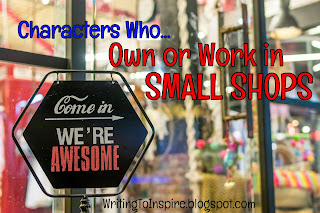